We have a railway system (JR Shikoku) and local/express bus systems in Tokushima. 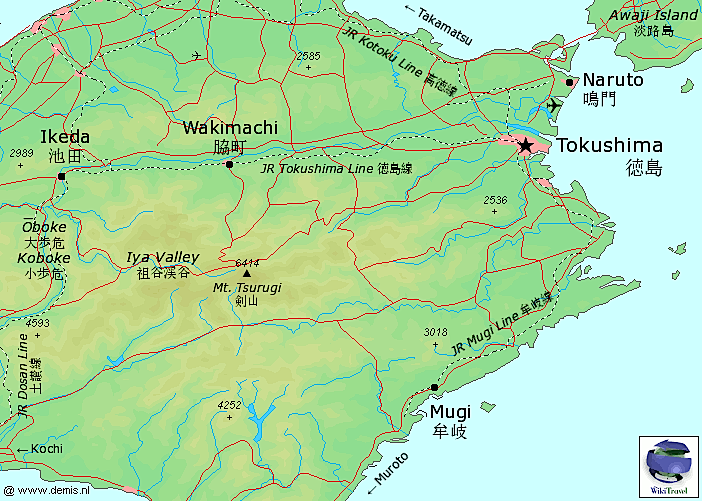 Click here to see how to react to traffic accident.

In order to drive in Japan, you must have either a Japanese driving licence, or an International Driving Licence as defined by the Geneva Convention.

Riding a Bicycle in Tokushima

To ride a bicycle, Bicycle Crime-Prevention Registration is required by the law. The objective of this system is to alleviate such problems in everyday life such as frequent bicycle theft and the obstruction of stolen bicycles that are left near the station. When you purchase a bicycle, registration can be completed at the retail shop.

Registration Procedure
・ Fill out an application form at a bicycle shop.
・ Pay the registration fee (600 yen).
・ Put the sticker on your bicycle.

Bicycle Parking is allowed only in the designated areas around the JR Tokushima Station. You need to pay the starage and handling fee in order to reclaim your bicycle.